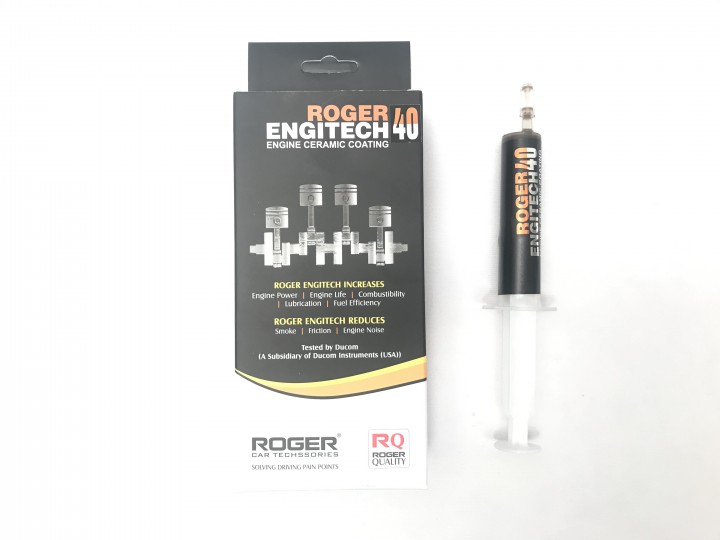 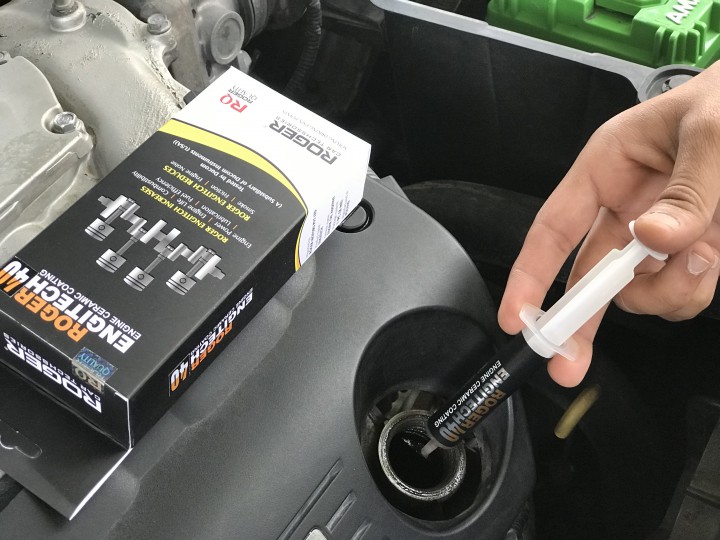 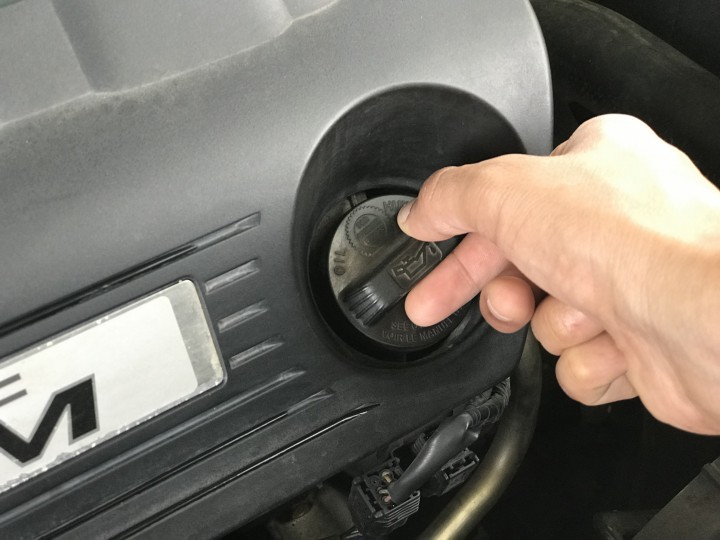 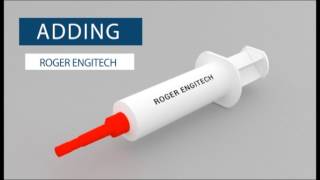 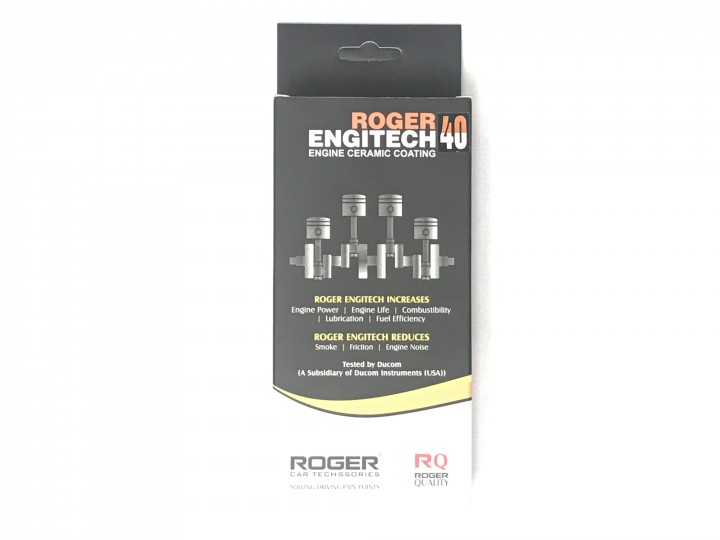 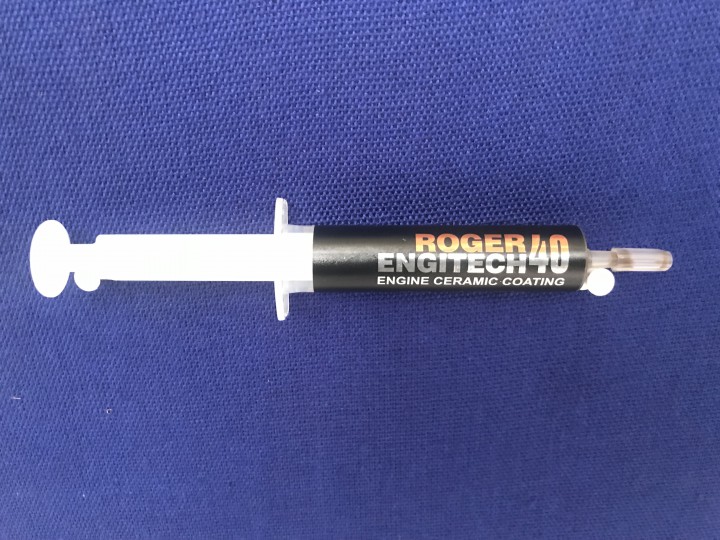 Do you want to- Reduce friction in reciprocating parts of car’s Engine? Genuinely wants to increase fuel average, pick-up and engine life of your car? Wants to reduce Engine Noise of your car?

If your answer is NO, then don’t read this further…

ROGER ENGITECH is the best Nano Ceramic Coating for cars in India by Roger Motors. This ceramic Nano coating coats engine surfaces and fills in the microscopic scratches of reciprocating parts. With this coating on the car’s engine, efficiency and performance increases to higher extend. Get the best Nano ceramic coating India online.

ROGER ENGITECH is the Nano ceramic coating for cars which coats engine surfaces and Fills in the Microscopic Scratches of Reciprocating Parts. With this coating on the car’s engine, efficiency and performance increases to higher extend.

In simple words as we know that BHP = IHP – FHP where IHP is Indicated Horse Power (the actual horse power developed by an engine), BHP is Brake Horse power (Available at flywheel) and FHP is Frictional Horse power (The Horse Power lost in overcoming the friction of reciprocating engine parts like Pistons, valves, camshaft, crankshaft etc.)

It’s a simple logic that to increase BHP in a given engine the FHP must be at its minimum and for that the reciprocating parts has to be as smooth as possible and without scratches. The ROGER ENGITECH coats the frictional surfaces and fills in the microscopic scratches on reciprocating and base parts and helps in reducing friction, which benefiting in increasing pickup, fuel average and engine life.

●      Increases Engine Compression Pressure and Overall Engine Dynamics: Reduces engine vibration and engine noise, Increases the power and mechanical efficiency of the engine and Decrease in noise level from the engine, gearbox and differential.

●      Protection Against Corrosion and Aggressive Chemicals: Extends operating life of all working parts of engine and hence increases life and efficiency of engine.

●      Long Lasting: Effect of ROGER ENGITECHlasts up to 40000 kms even if engine oil is changed.

●      This liquid creates layers of coating on worn-out parts like piston, ring, cylinder bore, valve, valve guides, crankshaft etc. and it reduces friction which results in increased pick up and average of the car.

●      The effect of this coating last for 40,000 kilometers, even though you change the engine oil in between, coating of ROGER ENGITECH remains intact.

●      ROGER ENGITECH creates 20 nanometers coating on the engine parts at very high Combustion Temperatures Resulting in Reduced Tolerance and Filling up Microscopic Scratches, which results in reducing noise, reduces smoke and increases pick up and Average.

●      It is very easy to use ROGER ENGITECH. It does not require opening the engine and still reaches to the surface of all worn-out parts.

●      This formula only uses the oil as a medium to get into the engine. It is very soon extracted back out of the oil on the engine wall.

●      The liquid provided in the sachet of ROGER ENGITECH just mixed in your car’s engine oil and it will start working.

●      Even though you change the engine oil, this formula will remain on engine parts’ surfaces for 40,000 kilometers.

●      Thus, don’t wait for the next replacement cycle of car’s engine oil. Mix this super liquid in engine oil now and see the change in performance. It is worth using and value for money. Thousands of users worldwide have used it satisfactorily.

Superb work on noise reduction of engine. I used 2 packs for my ford fiesta tdci model of 2007 because it clocked approx 1 lakh kms. But overall engine tuned for a smooth performance after dropping engitech.

I have very good experience of use your product. Excellent experience of previous use of same product used twice before I purchased the the sme profuct.productSwipe engine performance liquid

Dear sir, As per suggestion from my friend Mr Rajendra Singh Chauhan who is in Vadodara . Today i purchased and installed two product Enginetech 20 and OC10 in my Hyundai i 10 car which is bifuel. After installation i had drived for 100Km as of now on both petrol and cng as per guidance given by store representative. Yes !! i can say i found difference in sound and smoothness of engine compare to earlier. I will share another feedback after driving car for more km. Thank you Roger Excellent product as of now. Regards Lavkush Tripathi

I have purchased Roger Engitech very first time after positive reviews from others. It's really worth purchase it and used it. Noise of engine become smooth and silent.

I bought this product purely based on other user positive reviews. 1) First thing first, Roger ab guys are quick in responding and professional-- Full marks for that. 2) There was definitely change after adding the liquid after 30 minutes. Then I felt, is this placebo effect. So honestly after 2 weeks, drive is really smooth and response is really too. I need to enjoy my long drive trip soon. I think one can go for this product.

Hi all I m using roger motors products from last 3-4yrs. Very good product but price some kind of high. Performance was excellent.

Engitech 40 is very nice I am using this . I have tata nano car you have other items for this car so send me ditels i m very happy to use your product thanks very much

2 years back I have used "Enginetech" Product for my bike & I observed that in the morning I no longer needed to use choke to get my bike in power..........for last 5 years I used to choke up my bike to get it moving. It came to me as a complete surprise & I was glad that I have purchased your product (Enginetech) & used it. And even after 2 years the bike response is the same ie the product is still showing its result. 5 days back I have purchased the product for by CAR & have also informed my family member of the same & they will also surely use the "Enginetech" product......Hope he also becomes one of your satisfied customer as I am. Keep up the good work. Tarun Agarwal 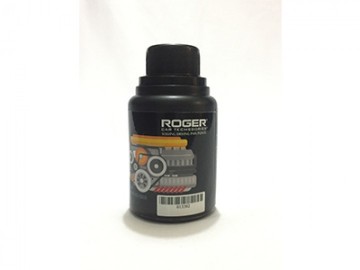 For Use With All Diesel Engines. Improved Cetane Rating (100 ML)